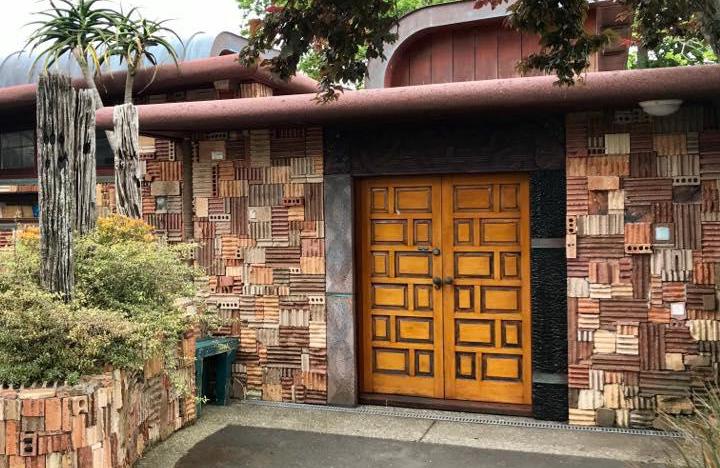 An exhibition of art works by artists who have exhibited at the David Lloyd Gallery in Hamilton during the past decade is to be held later this month to mark the gallery’s 10th anniversary.

The David Lloyd Gallery was opened and blessed by New Zealand’s leading contemporary artist and sculptor Fred Graham in November 2008, and since then has held regular exhibitions for both emerging and established artists from around the Waikato.

The gallery, next to David’s home at 78 Lake Crescent in Hamilton, was built to replace a vegetable garden and swimming pool, and since opening almost 70 exhibitions have been held there. They include works by 34 groups and 33 solo artists.

The coordinator for the November 10 birthday exhibition, Marion Manson, says the artists invited to take part in the celebration exhibition have been selected from among those who have previously displayed their work at the gallery.

“We have about 40 artists taking part,” says Marion. “They are mostly from Hamilton and around the Waikato, but there will also be works by artists from Auckland and Gisborne.

“In the case of previous group exhibitions, one artist from the group has been invited to display works. There will be a wide variety on display — sculptures, textiles, glass, objects, ceramics and lots of paintings in different mediums.”

She says the David Lloyd Gallery, believed to be longest-running privately-owned gallery in Hamilton, has provided many young and emerging artists with the opportunity to publicly display their early works. It has also helped and encouraged a number of established artists.

“David’s support of individual artists and community art groups has been marvellous,” she says. “There’s not a lot of opportunity for many of them to show their works, and David’s gallery has provided a good stepping stone for them.

“David loves people, and he really likes seeing them succeed. He feels life has been good to him, and this is his way of giving back to the community.”

David, founder of David’s Emporium in Hamilton, an artist himself and a former primary school teacher for 16 years, says the Waikato community “treated me well when I was in business, and using the gallery to help display the works of our Hamilton and Waikato artists is one way I am able to put something back into my community”.

David himself has just completed a new piece for the exhibition. It features an ultra-modern pair of decorated shoes “walking” towards a broken British rifle stock and bayonet dating from the 1870s. It has the working title of These Shoes Are Made for Walking.

David says he is particularly interested in helping new and budding artists in whatever medium they seek to work, and he also enjoys working with established artists to ensure their works gain recognition.

“I really enjoy encouraging the young people, especially when they show real interest and passion about their art,” he says.

For four years, from 2010 to 2013, David sponsored the David Lloyd Youth Art Award across Hamilton schools, and for the past six years he has also sponsored Art for Health in Hamilton.

He has held seven of his own exhibitions at the gallery, and has donated seven sculptures and works of art to Melville High School [two works] and Hamilton West School [five works].

There is also a David Lloyd Garden at the Hamilton West School. In 2016 David was presented with the Hamilton City Council Civic Award for Services to the Arts and the Community.

The David Lloyd Gallery 10th birthday exhibition, curated by Steph Chalmers and Emily Rumney, opens on Friday, November 16, from 5.30pm to 7pm, and will also be open during the weekends of November 17 and 18, and 24 and 25, from 1pm to 4pm.