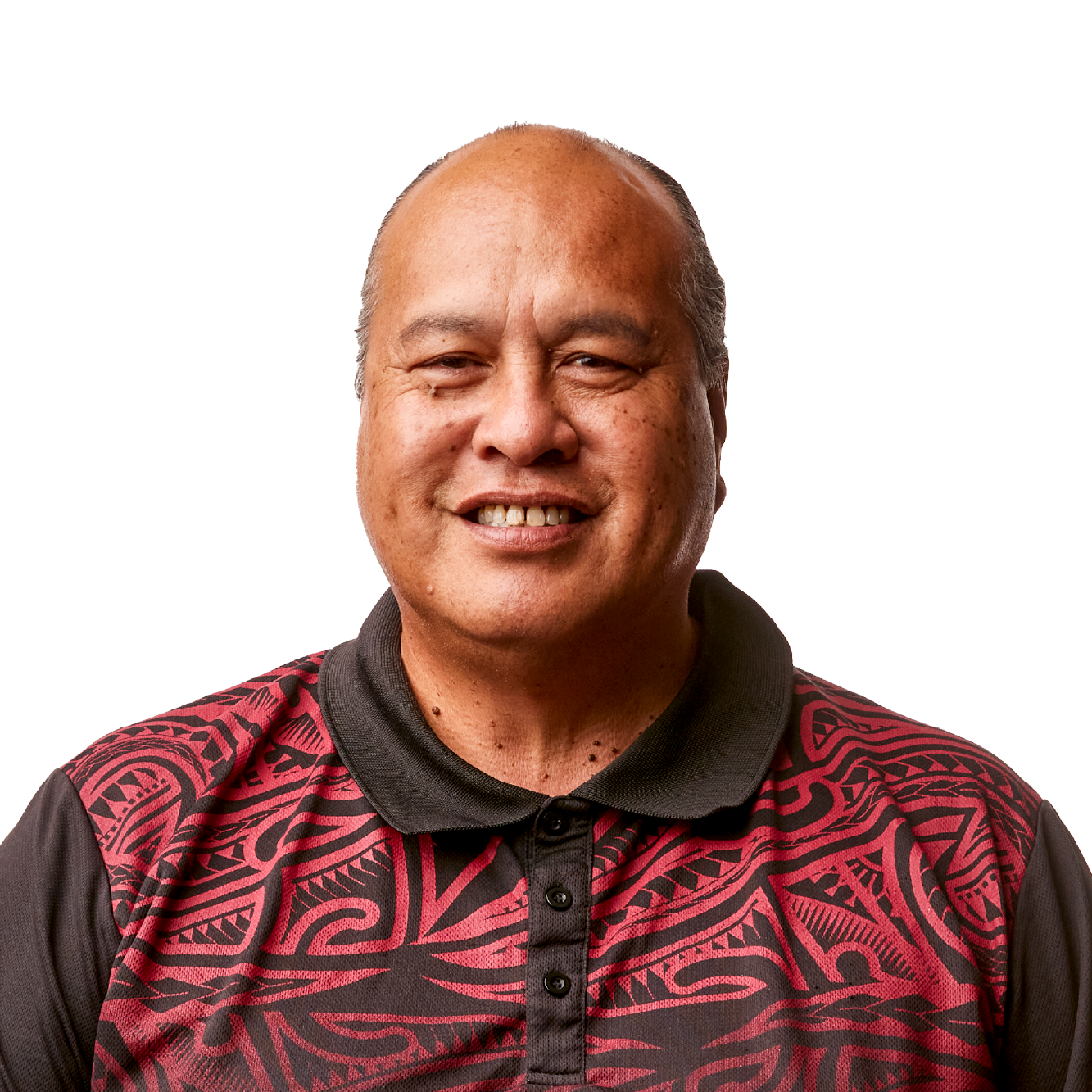 Part of the music and entertainment industry for the past 3 decades, Kereama’s scope and appreciation for different art forms is wide. Playing festivals and kaupapa orientated events, and making television appearances, has provided him a vehicle to promote Te Reo Māori in a mainstream setting.

Being a part of the contemporary performing arts group Te Rau Aroha, opened doors to teaching in The Maori Performing Arts Program under Te Wānanga o Aotearoa, for a number of years. In these spaces Kereama was introduced to art forms such as raranga, mahi toi, and movie sets to graphic designers. All viewed through a lens of connecting and promoting Māori concepts through mainstream environments. These environments suited this self described ‘tutu fella’, and meant he could dabble in many areas.

In Kereama’s spare time he like’s long walks on the beach with the wind in his hair (whats left of it haha) and the sun shining, because when the sun is shining, people are smiling!

Most of all he love’s to be with whaanau and eat kai (especially kaimoana, except for kina…..you can keep the kina.)

From the immortal words of his uncle Bob (definitley his real Uncle. Definitely), ‘One good thing about music, when it hits you feel no pain’!