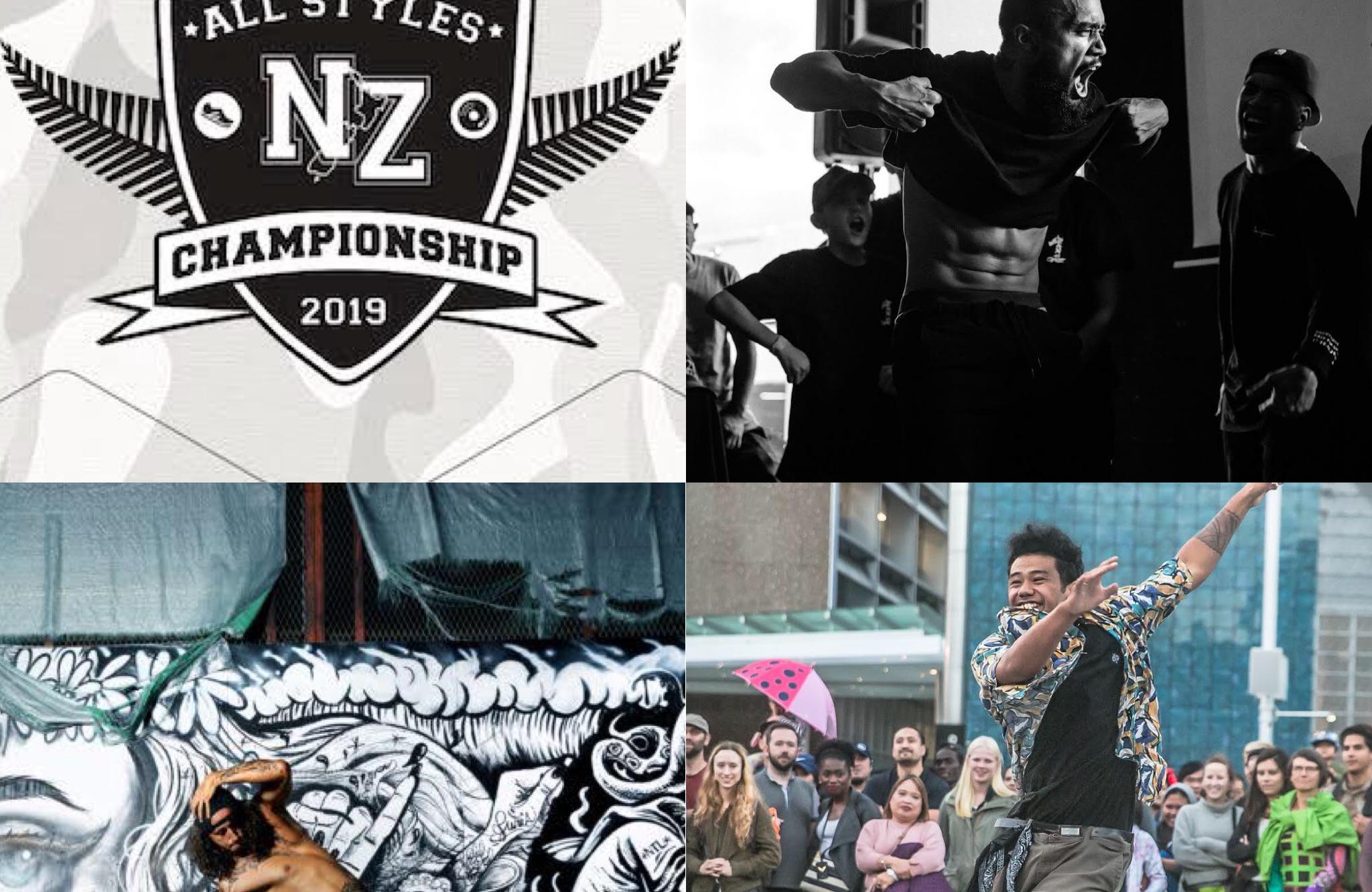 Friday 8th and Saturday 9th of March sees Garden Place, Hamilton turned into a dance battleground. The NZ All Styles Championship 2019 will be a highlight of the dance world with battles happening over this coming weekend. Friday kicks off with Female 72KO and Solo Battles/call outs and Saturday has no signs of slowing down with an afternoon of Breaking and All Styles battles.

Hosting a krump workshop at Clarence Street Theatre Dance Studio from 12pm Saturday is international judge Ian de Mello. Joining us from Perth, Ian has multiple titles under his belt and is a leader in krump. Ian is so excited to “share my knowledge and vibe out with the people” in Hamilton so if you want to join the workshop, contact Octaves Sylver 02786600663 or message Nexus Dance Crew NZ Facebook page.

Saturday’s battles will see the addition of two extra judges: Rush and Happy Feet. Rush is an established figure in the Hip Hop world with a story that spans over 20 years. Rush has taken his craft to top level as the Australian Bboy Champion Crew five times, an untouched record to date, and now as an internationally respected Breaking judge.

You may recognize Happy Feet’s moves from New Zealand’s Got Talent 2013. At only 16 at the time, John Vaifale wowed the judges including American dancer Cris Judd. Now competing all over the world, last year saw Happy Feet compete in the World Supremacy Battlegrounds held in Sydney where he intended to win All Styles and walked away with the Krump title.

Sarah Nathan, CEO of Creative Waikato is excited to bring such mentors to the Waikato. “We are so excited to see our Waikato dance community inspired by the knowledge and guidance of such talented judges.”

Yes there is an epic lineup of judges but the prizes are just as good! Trophies, certificates and cash money are up for grabs but get this… The winner of the Female 72KO, Breaking and All Styles battles make up a team of 3 who will have their flights and accommodation paid for to go and battle at Destructive Steps World Finals in Sydney September 2019. Sponsored by NEXUS DANCE CREW.

For anyone wanting to catch a glimpse of such raw talent, this is a free, family friendly event. So bring your kids, kick back and relax and enjoy the talent of these dancers. This event is made possible by Creative Waikato, Hamilton Central Business Association and Nexus Dance Crew. A full schedule of the event can be found on the Facebook Event or here on Creative Waikato’s Events

From underground performers to damehoods, the Topp Twins have come a long way