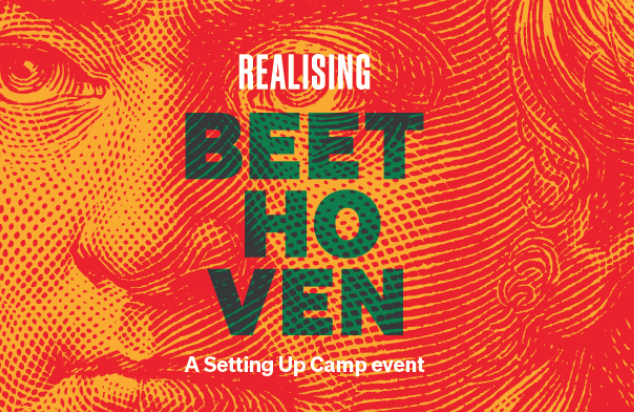 New Zealand’s largest Symphony Orchestra is touring the country to celebrate Beethoven’s 250 year-long legacy. Rather than a traditional whistle-stop tour, the NZSO are Setting Up Camp in different regions around Aotearoa to deliver a combination of concerts, education activities and community outreach.

We sat down with Hamish McKeich, NZSO Principal Conductor of ‘Realising Beethoven’, to get his take on bringing to life one of history’s most influential composers.

What makes Beethoven so special?

Beethoven was a risk-taker, and one of the most influential composers ever. For example, at the time he wrote his 3rd symphony, every other symphony that ever existed started with a slow, gentle introduction. But with his 3rd symphony, he starts with two massive chords. Not only would this have been a shock to the audience, but would have also cut ties with previous type of work.

The amount of risks he took with the possibility of having his work rejected by audiences was incredible and resulted in ground-breaking work. His work influenced the transition from Classical style of music to the Romantic style.

Beethoven’s definitely up there as one of my favourite composers. You can hear huge passion and high drama, and he’s tender as well. In his pieces, life’s there. As an orchestra, you never feel like you do enough for his music. You always feel you can do more because it calls for so much power. As a recreator, you always strive for the perfect performance of a piece with all its energy and vitality.

During the ‘Realising Beethoven’ concert, we’ll be narrating all these bits and pieces throughout the evening which will give plenty of background about him, his life, and his masterpieces.

Why is it so important for the NZSO to reach the community?

The Setting Up Camp idea was designed to create more meaningful engagement with the communities we visit. The NZSO is built for touring so ordinarily we would make very brief stops in different towns. But we know there are a lot more people who can’t make concerts.

Among other things, we’re hosting school’s shows, side-by-side concerts where we play alongside local orchestras, relaxed concerts for people and families who would feel uncomfortable in an ordinary orchestra concert setting. Each of these initiatives is a fantastic way to cater for different people in different environments.

We want everyone to be touched by music. It’s not just for the elite at all. It’s food for the soul that comes through the ear and eye in an experience you might not get anywhere else. As performers we sometimes forget this, but for the listeners, it shifts them to another place.

Having been conducting for the NZSO for 20 years, why do you love it so much?

I was born and bred in Christchurch before heading over to Europe to play the bassoon and learn to conduct. Then in 2000 I came back to New Zealand and associated with the NZSO, playing the bassoon. A few years later I began conducting.

I love it because it has so many challenges. During a performance there is so much happening inside and outside your head. You’re constantly making decisions and using your arms and your body. I slack off in other ways off the stage, but during a performance, there’s no time for slacking!

So, for anyone who’s thinking of coming along to any of our Setting Up Camp shows, I would say, come along with an open mind and open ears and enjoy the experience. Live music is the best thing psychic energy. With with the biggest band in the country playing live in front of your eyes, it doesn’t get bigger than this.

The NZSO will be Setting Up Camp in Hamilton from Wednesday 11 – Saturday 14 March.

“I have never thought of writing for reputation and honor. What I have in my heart must come out; that is the reason why I compose.”