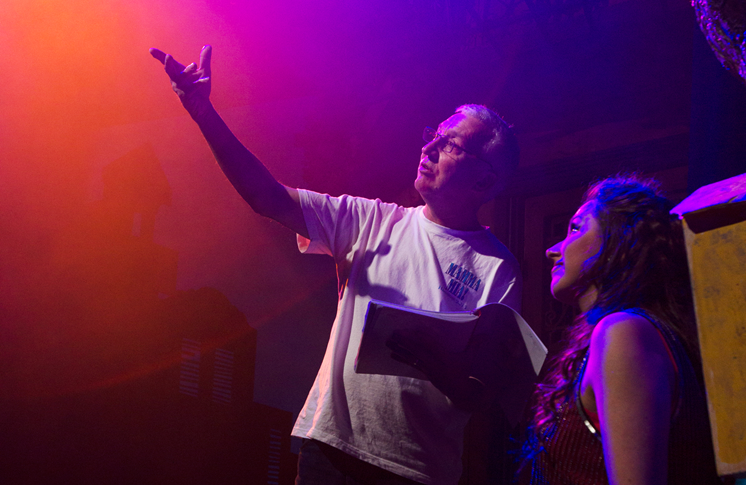 A leading musical theatre director says the planned Waikato Regional Theatre will be “one of New Zealand’s premier venues” and a magnet for top talent and touring international shows.

David Sidwell, Hamilton Operatic’s director and head of Wintec’s music program, has worked on and seen shows all over the world. He is looking forward to both professional and community performers taking the stage in the theatre’s attractive riverside setting.

“The Waikato needs a large state-of-the-art performance venue, and Hamilton needs a vibrant cultural centre connecting the city to the river, so this amazing new theatre is exciting for the community, city and region,” says David.

The proud Hamiltonian sees the city’s South End hospitality zone as the ideal location for the world-class facility.

“It will be close to our other key cultural assets, the Museum, Artspost and The Meteor. And Victoria on the River shows we can turn the city to the river, the theatre is another connection AND it will hold on to our history – keeping the Hamilton Hotel façade is a beautiful idea.”

Hamilton Operatic will aim to put on two shows a year at the new theatre, including large cast outings such as their production of Oliver, which put dozens of Waikato kids on stage.

“The Founders Theatre fitted the bill for many years, but having put on many shows there, I can say from first-hand experience that it was past its use-by date.”

“And Claudelands doesn’t do it – the cost to build an ad hoc internal stage is prohibitive, we proved that with Mary Poppins. We did a fine job of turning it into a theatre, but we can’t afford to make a habit of it.”

In his Wintec role, David is looking forward to the training opportunities the new theatre offers. He is aiming to have students of Wintec’s new performing arts degree program working at The Meteor in the first year, Clarence Street in their second year and the Waikato Regional Theatre in their third.

“I’ve been impressed by Momentum’s vision that young people will be able to see the world’s best on the same stage where they themselves perform. Education is one of its primary purposes – what better way to train confident and able performers than to give them the opportunity to experience the real thing?”

He doesn’t see parking for theatre patrons as an issue.

“Parking is a red herring. Nowhere else in the world do I expect to park outside a venue.

“There wasn’t enough parking around Founders, people were having to park illegally in private carparks and walk down dark alleys, it wasn’t safe there.

“The new theatre will be in the liveliest part of town, with parking buildings nearby. We’ll walk there down well-lit streets, busy with other theatre goers, this is what makes central cities safe. In Buenos Aires I came out of the opera house at 11pm and felt completely comfortable.

“I’d go further. The theatre opens up opportunities to NOT drive when you come to town for a show. Rather than go to Auckland, stay in your own city and go to a world-class show in a world-class venue. Stay in a down-town hotel, next day go to the Museum, walk down the river, see our great public art, visit the Gardens.”

David sees it as necessary and appropriate for Council and other public funds to be committed to supporting performance facilities.

“A theatre deserves public subsidy for the same reason that sports facilities do. A library, a museum, a stadium, we expect these things from the Council of a real city. They’re as necessary as rubbish collection.”

David says the Waikato Regional Theatre is a great opportunity for the city and region.

“The theatre will be regional infrastructure, part of Hamilton being the Waikato’s capital.

“We’re New Zealand’s fourth largest city, one day the third or even the second largest, it is time to pull our weight and act our age.”