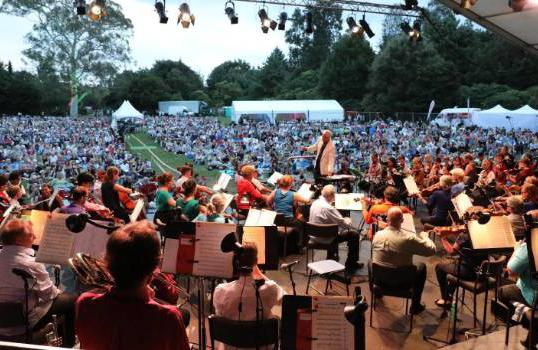 A trust that brought together the talents of three orchestras has become the first in Hamilton to receive funding from Creative New Zealand’s Toi Uru Kahikatea investment programme.

Orchestras Central, an umbrella organisation for orchestral music in the Waikato and Bay of Plenty, has received $140,000 from the national arts council.

It is the largest amount ever invested in the Waikato, and the first time a Hamilton trust has made the list, Orchestras Central chief executive Susan Trodden said.

“It’s a massive milestone. It gives us so many more opportunities that we didn’t have before,” she said.

“This funding means we can really contribute to Hamilton’s vision of a liveable city through the arts, but while this is a big amount of public money, the supporters we have locally believed in us as well.”

They manage a schedule of more than 40 events each year, and Trodden is hopeful the funding will assist with more projects and performances.

“When we first started, 99 per cent of the people within each of the organisations were volunteers, so people were tired… they were ready to hand over to a professional administration,” she said.

“The first big milestone was being able to complete that transition and create the infrastructure that would allow us to deliver the same, but better.

Trodden is hopeful the trust will be able to start working with others around Hamilton “in a more meaningful way”.

Combined, the programmes fund 91 arts organisations throughout the country.

Words will be had at Hamilton Book Month in August