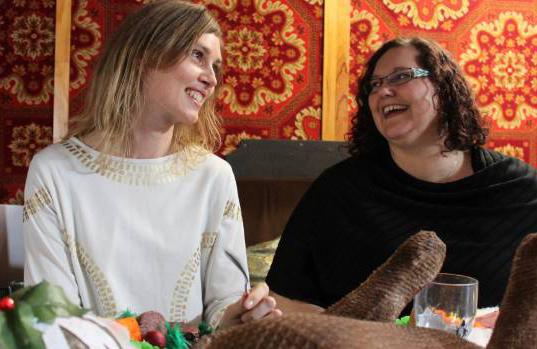 Comical British humour and a familiar cast of characters will grace the stage of the Riverlea Theatre next month.

Hamilton Playbox’s​ latest production, The Vicar of Dibley: The Second Coming​, will feature all of the entertainment from the popular television series – as well as the character made famous by Dawn French, vicar Geraldine Granger​.

It is the second time the pair have stepped into the roles. Playbox staged an earlier Vicar of Dibley production in 2015, which had a sold-out season.

“The biggest challenge for me was to take a television script and turn it into a play. I wanted it to have a theme, and that theme was celebrations.”

The Vicar of Dibley was a BBC television sitcom that aired from 1994 to 2007.

It was set in a fictional small village called Dibley, where a female vicar was assigned following the 1992 changes in the Church of England that permitted the ordination of women.

The new Playbox production is based on three episodes; The Easter Bunny, The Christmas Lunch Incident, and The Engagement.

“Sometimes it works out well, and other times I know I will be running from one side of the stage to the other changing a cardy as I go.”

Many other favourite characters will also make an appearance in the show, bringing the total cast to 11.

And, this time around, there will be pathos spread between the humour, Barnett said.

“I think that’s what makes comedy.”

Barnett has been with Riverlea Theatre since it first started in 1983, along with her husband Alastair. She admits she is a big fan of The Vicar of Dibley and Dawn French.

The Vicar of Dibley: The Second Coming runs from October 13-27 at Riverlea Theatre, Hamilton, with two matinees. Bookings can be made now through www.iticket.co.nz