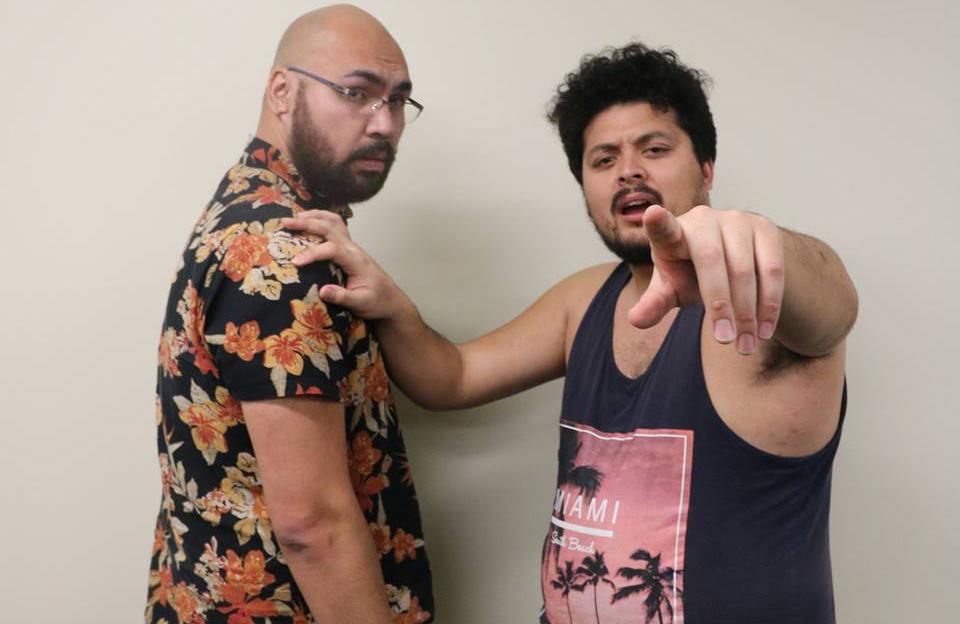 Antony is Samoan. Benny is Cook Island Māori. But no-one can tell the difference. Their hit show Spot The Difference tells the story of two Pasifika theatre practitioners who feel isolated in their own city, and decide that the only course of action is to create a theatre piece about it.

How did Spot come about?

“Early last year, my friend Antony-Paul Aiono and I were approached by Fringe to potentially submit something for the 2017 Hamilton Fringe Festival. At around the same time, Leafa Wilson had approached us to perform something at an exhibition opening she was holding about second-and-third-generation Pasifika people living in New Zealand who felt disconnected from their culture.

Antony and I thought it was the best opportunity to devise a personal piece exploring our own cultures…which inevitably lead to the question “Why do people keep confusing us with each other?”

What has been the common audience reaction after your shows?

“Audiences have been thoroughly positive. From Pākehā audience members, there’s a general sense of being unaware of their own inherent biases and asking what more to do to be a better ally to those who are often the most maligned.

From various people of colour who have seen the show, there is a lot of recognition and understanding. A lot of the stories we tell, while personal, are also shared experiences. We’ve had people mention that they’re familiar with our stories because they’ve had it happen to them as well.”

Your favourite take-away from your experience with this show?

“My favourite take-away from this show probably has to be what it’s done for myself as a creative in the Waikato.

I am and will always be Cook Island Māori and proud, and being able to infuse my culture into my works has been the culmination of a lifetime of questioning my own cultural identity. It’s expanding out into everything else I’m working on, and Antony and I want to be able to create and support more theatre works in the Waikato that use our many talented and beautiful performers of colour. ”

Their quest to combat casual racism has now seen them go from performing in Hamilton to upcoming tours of Wellington and Tauranga. That being said – extra funds are always appreciated. With hilarious video content which is also provocative, these two Waikato performers show originality and passion for what they do and we look forward to seeing how their Boosted campaign goes.

In The Spirit of Giving