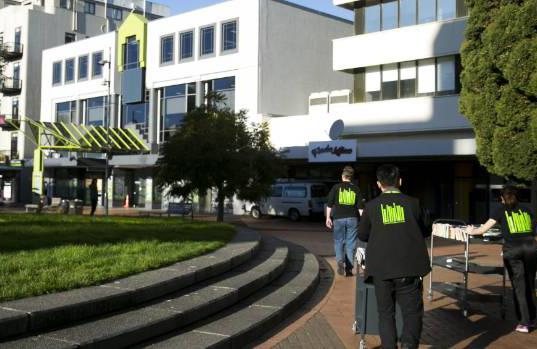 People have been pressed up at the windows of Hamilton Central Library, wanting to get inside.

On Monday, they can. It’s 19 months since the Garden Place library was shut because part of it was found to be earthquake prone.

Library staffers were said to be fizzing at the prospect of moving back into the Garden Place library. Council spent $635,000 earthquake strengthening the building. Councillors approved a $635,000 fix in September 2017, and the doors will re-open on July 9.

Before then, library staffers have about 20,000 books to move from the pop-up library to the city’s flagship library in Garden Place. 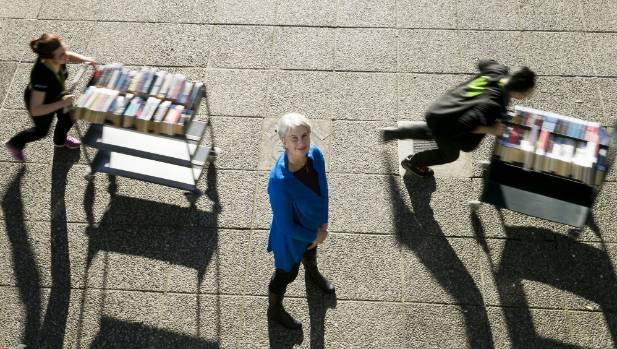 “The team were fizzing this morning, when they arrived,” Hamilton Cities Libraries director Rebecca Whitehead said on Tuesday. They’ve been counting down and have had milestones to reach each day – on Tuesday they took the tarps off the heritage collection. 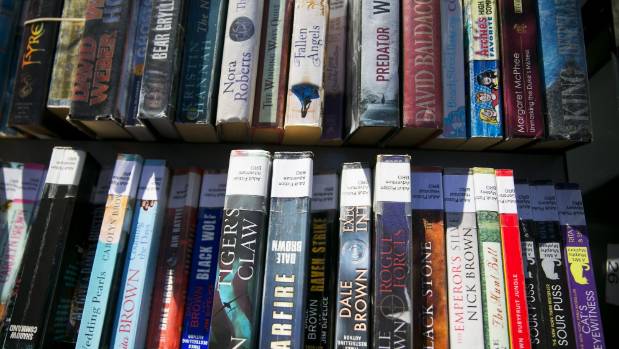 Librarians have about 20,000 books to shift from the pop-up library to Hamilton Central Library. They’ll have a lot more room in Garden Place than the temporary pop-up, going from 230 sqm to about 6200 sqm. A smaller site and reduced collection also affected yearly visitor numbers, which dropped by about 180,000 when the pop-up was standing in for the central library.

Whitehead thanked the public for their patience during the work, and is expecting some keen customers to be waiting at the door on Monday. “We have been seeing some of them in Garden Place as we’ve been coming over and they’re like ‘Are you open yet?’, wanting to get in.”

Councillor Paula Southgate said she’d often seen people with their faces against the glass. Earthquake strengthening happened in mostly staff-only areas on the top floor of the library, so it doesn’t look much different. But changes are coming, including a coffee cart, a more open frontage, and a new neighbour. “With Creative Waikato coming next door, we’re going to get a really lively quarter to Garden Place, which I’m very excited about,” Southgate said.

The library frontage will get some attention as council has approved a further $200,000, said Southgate, who chairs council’s community and services committee. Grey venetian blinds have disappeared from the front windows, but the longer-term plan is to replace offices with spaces for events, or for lease. The reception desk would also be moved forward, to change the entrance which Southgate describes as “a little bit of a funnel at the moment”.

Mayor Andrew King was glad to see the library re-open, though it took council too long to make a decision. “Staff did a very, very good job during the period of holding the fort,” he said. “It’s a safe building now, for staff and the public.”

Monday’s re-opening will start with a ceremony at 9.30am, followed by storytelling, and children’s entertainment and activities.

Value of vinyl in the eye of the beholder