It’s a wrap! Kiwis leave their mark on Edinburgh once again 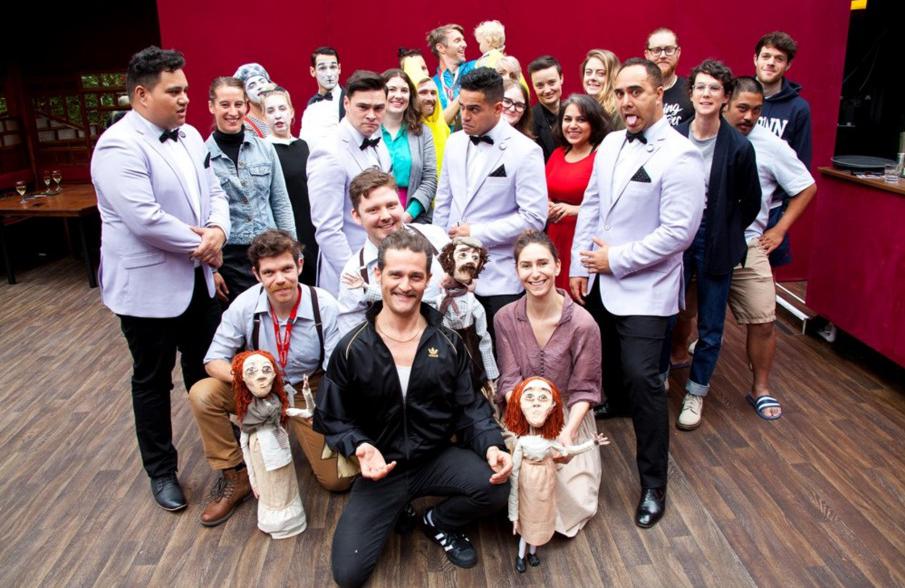 From the powerfully provocative to the light-hearted, New Zealand shows and artists were a formidable presence at the Edinburgh festivals last month, receiving strong reviews and winning the hearts of festival goers.

Supported by Creative New Zealand, NZ at Edinburgh 2017 saw the return of a coordinated season of New Zealand artists across the various Edinburgh festivals. Coinciding with the festivals’ 70th anniversary the season offered a bold and innovative selection of theatre, music, comedy, literature and visual arts at the Edinburgh Festival Fringe, the Edinburgh Art Festival and the Edinburgh International Book Festival.

Stephen Jewell from the NZ Herald summed up some of the season in his piece Kiwis take Edinburgh Fringe by storm.

As the first ever New Zealand co-commission with the Edinburgh Art Festival, Shannon Te Ao’s multimedia installation With the sun aglow, I have my pensive moods, 2017 explores the physical and emotional depths of love, grief, sickness and healing. It received positive reviews from international media. The Art Newspaper said the work was “a highlight of the festival commissions”; the The Guardian said it was “a mysterious piece that lingers in the mind with its doleful vision and strangely Whitmanesque lyrics”; and international visual arts magazine Frieze described it as “achingly beautiful” in their critic’s guide to Edinburgh. The List and Coffee Table Notes gave it 4 Star reviews.