Little theatre wins big for the second year in a row 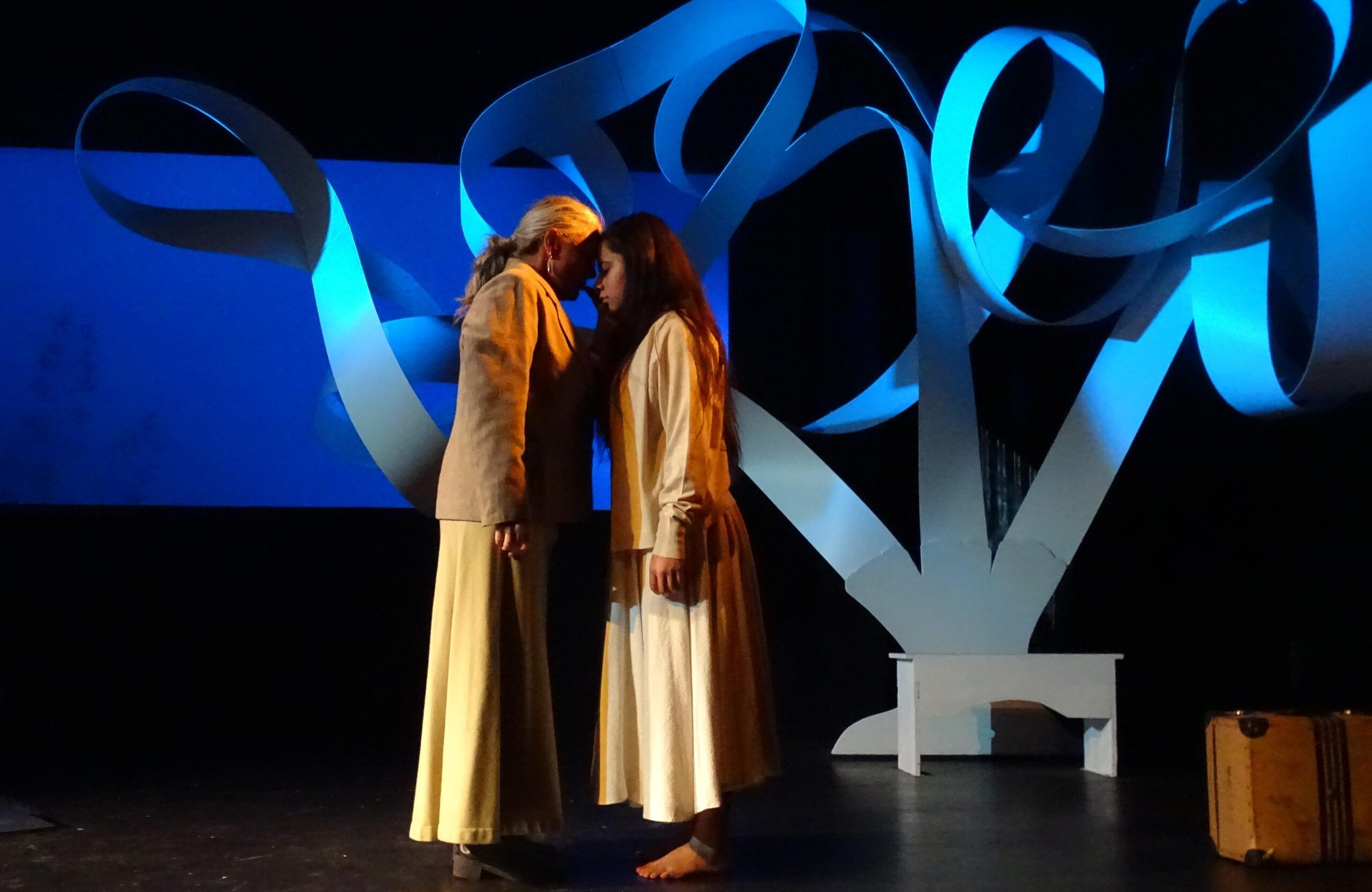 Onewhero Society of Performing Arts (OSPA) has, for the second year in a row, won the Best Play Award at the Musical Theatre NZ Zony Awards for its highly acclaimed production of Bruce Mason’s The Pohutukawa Tree, following its success the previous year with Strange Resting Places.

In all, OSPA won six awards at a glamorous awards evening held at the Tauranga Yacht & Powerboat Club’s magnificent venue overlooking Tauranga Harbour. Robin Carter-Stuart won Best Lighting Design, Paul Taylor won Best Supporting Male in a Play, Hunter Karaka was awarded Best Leading Male in a Play, Angela Nesbit took out Best Leading Female in a Play, and Scott Lorimer was awarded Best Direction of a Play. In addition, OSPA’s other entry, Menopause Made Me Do It, was a finalist in several categories, including Best Play.

MTNZ’s Zone 2, in which OSPA is located, takes in Thames in the north-east, south to Whakatane and across to the west coast, taking in big towns and cities such as Rotorua, Hamilton, Tauranga, Matamata, Morrinsville, Te Awamutu etc. In all, there are 25 theatres vying for awards for their plays and musicals.

Waikato District is huge, so readers could be forgiven for not knowing where Onewhero is. Picture where the Waikato River spills out into the Tasman Sea and look about 10kms to the south-east. Onewhero is perched in rolling hill country and – apart from the area school, the rugby/squash club, a garage, a volunteer fire brigade, and about 20 houses – is completely rural. Our nearest township is Tuakau, which calls itself the ‘gateway to Waikato’.

OSPA provides one point on the triangle of social engagement opportunities, especially for those not involved in sport or the school. In spite of, or maybe it’s because of, our location, we seem to attract wonderfully creative people to Onewhero and its surrounding districts. We aim to offer a mix of powerful drama, comedy and pantomime – something for everyone, including music and drama through Arts on Tour NZ shows. While we don’t have a big pool of talent to draw from, each production seems to bring new performers into our realm, which is a good thing since our talented teenagers need to move away from the district for their tertiary education.

How did it all start?

In 1950 the members of the local Women’s Division of Federated Farmers decided to form the Onewhero Drama Club. Most WDFF’s produced an informal year-end concert and presumably some felt it was time to step things up a bit and perform full-length plays. All productions right through to 2008 took place in the local community hall which, because of other demands on the space, meant that a play’s season could only, practically, run throughout one week. The last show on a Saturday night saw all involved breaking down the set and cleaning the hall ready for the next community group coming in.

Back at the beginning of this century, June McCoubrie, a former teacher at Onewhero and now a Life Member of OSPA, promoted the concept of a purpose-built performing arts theatre. Many pooh-poohed her but June persisted, gradually bringing supporters on board. The Onewhero Society of Performing Arts Inc. (OSPA) was incorporated in November 2001 to establish a formal entity for applying for grants. Many fundraising activities took place and – with the donation of huge numbers of services, materials and labour – the theatre officially opened for business in April 2008. Many have commented “You’re so lucky to have this theatre”, but it was more a case of hard mahi that got us there!

The challenge now, and ongoing, is to keep up the standards we’ve set for ourselves and keep the theatre humming. A Governance workshop at this year’s MTNZ Conference highlighted the importance of having a strategic plan so we have started the process, with assistance from Creative Waikato, to create a ‘road map’ for the next five years. We need to make sure our building complies with health and safety regulations and that all our technology is properly maintained and upgraded as and when necessary.

We have been extremely fortunate to receive generous sponsorship from companies like NZ Steel, Franklin Long Roofing and Polymer Developments to re-roof and re-stain our theatre. However, with plans to replace all our stage lighting with LED lights in the next 4 – 5 years, it’s vital that we look for some additional funding, either from additional sponsors or through grants. This will be included in our five-year plan.

In the immediate future, we’ll be offering movies at OSPA Theatre.  People travelling out of the district for work or coming in from long days on their farms will have the chance to simply pop down the road to enjoy a night at the movies. ‘Local and affordable’ is the plan. We’ve got agreements in place with four movie distribution companies and will be kicking off this new offering in the New Year.

We’ll be entering next year’s plays in the Zony Awards competition and are looking forward to another entertaining and successful year at OSPA. Watch this space – we’ll let you know how we get on!

Shout of support for Waikato composer