Shout of support for Waikato composer 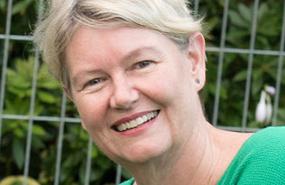 Every year RNZ takes a nationwide poll to find our country’s classical music champs. We’re stoked to see the mahi and talent of Waikato composer Janet Jennings recognised and placed in one of the top spots as voted by the public.

Janet’s no stranger to working intensely, getting up in the middle of the night to capture an idea, or telling stories through her compositions. We had a chat with Janet to get an insight on what inspires her.

What does it take to be a composer?
Writing music is hard work. It takes the kind of focus you experience if you are sitting an exam. You have to be “in the zone” to work creatively. For me, the journey has been marked by being disciplined and being willing to get up in the night and write down ideas when they occur. I think your brain processes musical ideas when you are asleep and then you have to capture them and work on developing them. For me, it has been years of this kind of work.

What does classical music mean in today’s world?
I write what is often called ‘classical’ music but the music is new, which is not what people expect from classical music. The wonderful thing about writing music of this kind is that there are fabulous players and singers who are trained in the classical tradition. They have unbelievable skills and should be treasured in the community. And they should have new music to play, music that is of our time, in addition to music from the past.

What piece of work are you most proud of?
Well, my most recent work was performed at Waikato University. There were 11 female musicians performing a lot of my newest music, including a big piece called ‘Voices of Women’ that tells the story of women’s suffrage. This had real impact in performance and I am proud of the work.

What’s your favourite piece of classical music of all time?
My favourite music is everything that Bach wrote. I can’t pick one. It is all wonderful beyond belief.

Tautoko your locals this Christmas