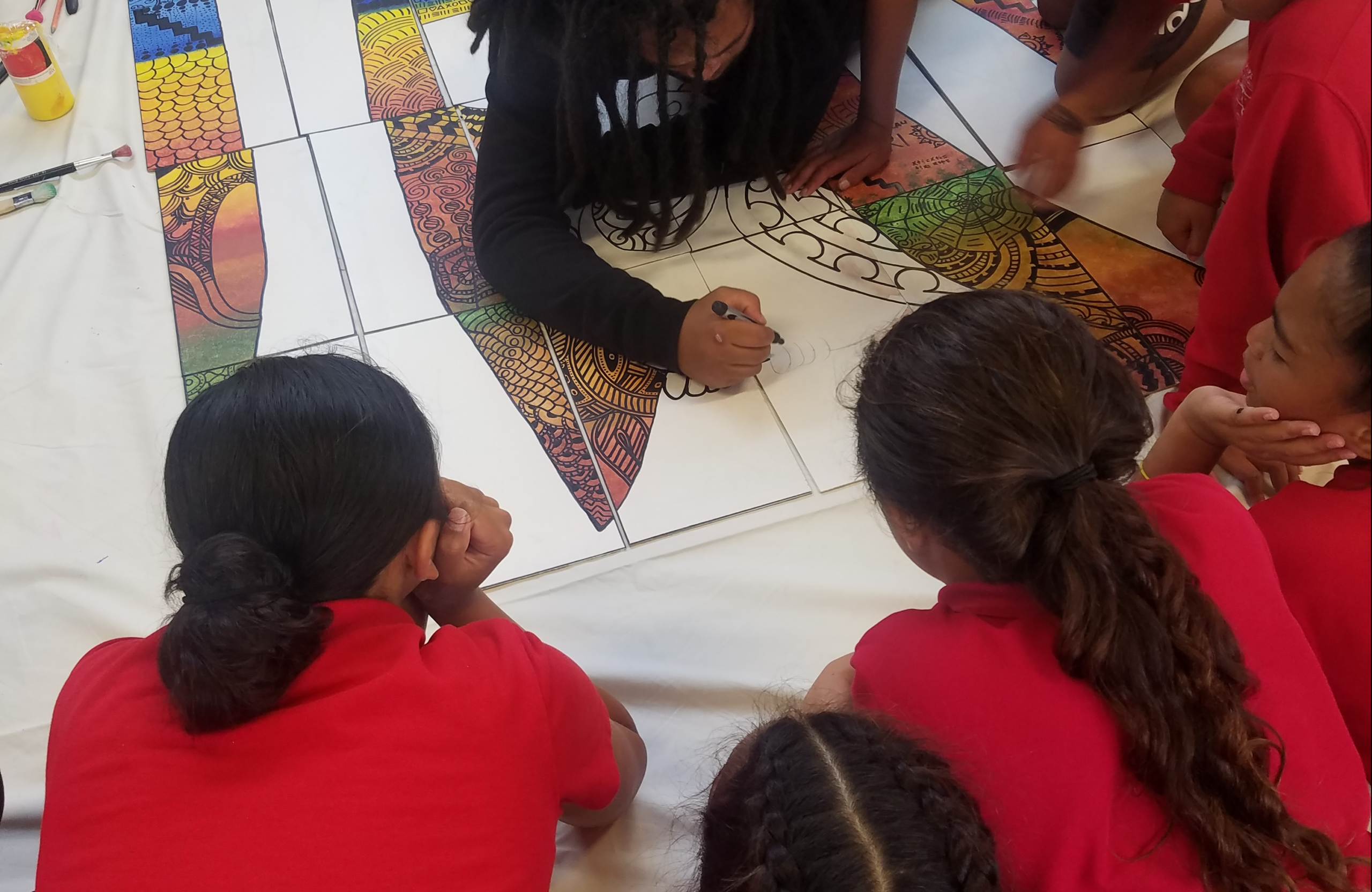 Twin Rivers Community Art Centre in Ngāruawāhia has recently been  nominated for a national art award on the back of their success engaging more than 250 tamariki in a community art project.

Each year during Matariki, the art centre works with local schools on an art project focusing on one of stars in the Matariki-cluster. Their award-nominated project focused on Tupuarangi – the star associated with the forest.

“Our tamariki need to see how they too can be kaitiaki [guardians] of the ngahere [forest] and getting them involved in this issue through art was a key opportunity we wanted to make use of,” she says.

The Arts Access Award recognises outstanding results of high-standard collaboration projects with a community who has experienced barriers to participate in the arts.

According to Stevens it was important to have the schools involved in the entire project from planning to completion.

“Each of the nine schools involved were tasked with making a panelled mural featuring a white kauri tree. Through the process we engaged the students with the reality of the Kauri dieback crisis and the need to protect our Kauri.

“We also gifted each school with a young kauri who were raised from Waitakere ranges seedlings. This means they are ancestors of trees who had died of the disease,” says Stevens.

Twin Rivers partnered with The Kauri Project and Waikato Regional Council to get the 2018 project off the ground.

“We’re really humbled to be nominated. Whatever the outcome, we’re proud to have made an impact to our community and environment,” says Stevens. The winner of the Arts Access Award will be announced on 11 September 2019.