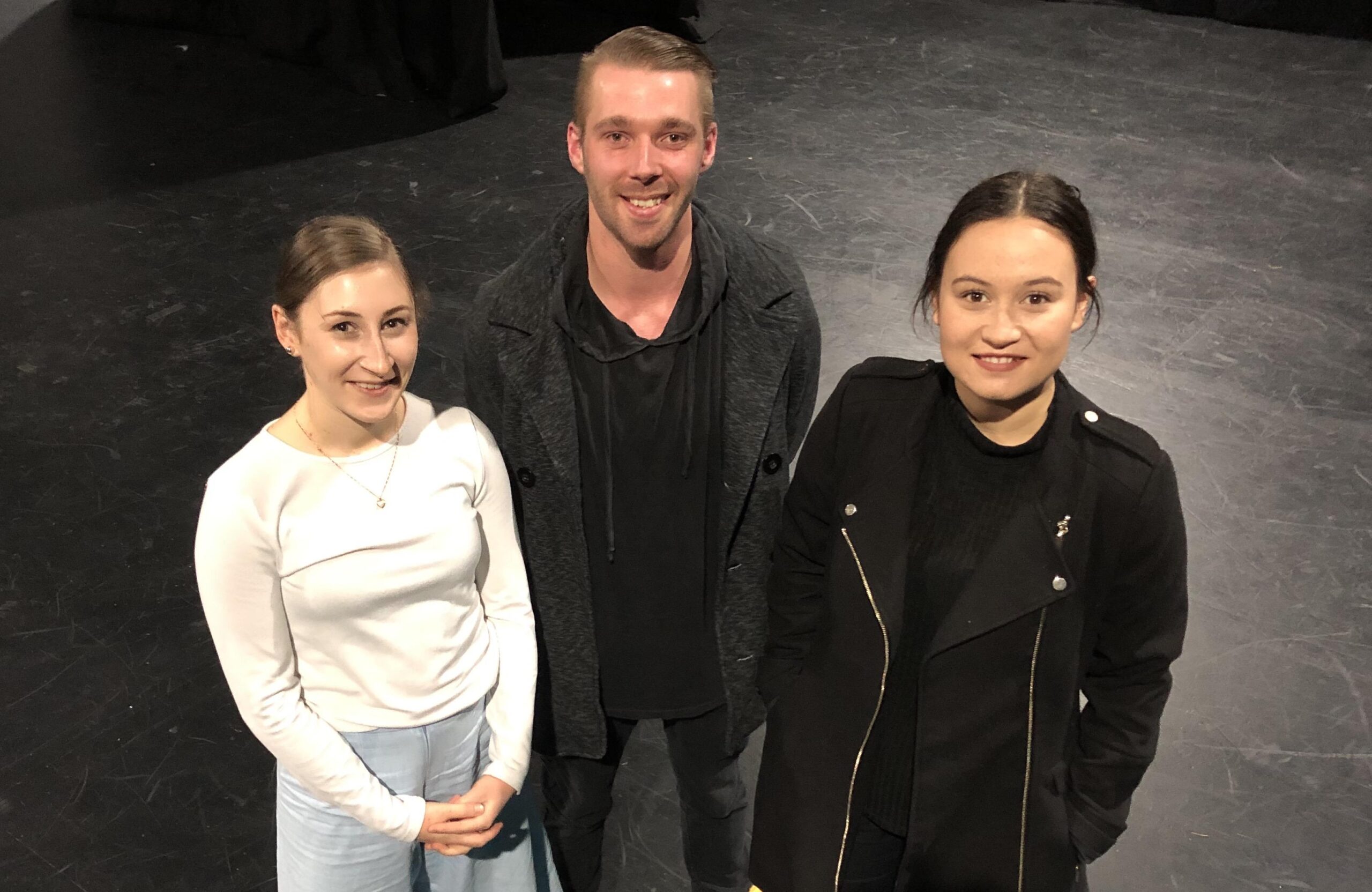 The result of the high intensity programme was a major grant injected into the Waikato to fund the full development of three new performance works from workshop to premiere.

“The programme was designed specifically to bring more local stories and local people to the stage with the skills and support needed to succeed both nationally and internationally,” says Mayall.

“Supporting emerging artists still very young in their careers with this type of funding is definitely groundbreaking in terms of capability development.

“It’s an opportunity that sits them alongside some of the more established artists in other parts of the country,” he says.

According to Mayall, there are already many brilliant things happening in the Waikato performing arts world, and “the fact that all three of the finalists received this level of funding is a real testament to the quality of the works the Waikato is capable of producing.”

More accurate than an incubator, the eight-month process acted more like a pressure cooker. Participants went through a six-phase process including idea development, refinement, master classes, final pitching and presentations.

Phase one began in October 2018 with 12 projects selected from a larger application pool. Local and international mentors worked alongside Waikato New Works Incubator participants to develop their concepts. Eventually, participant numbers were culled down to three.

The three finalists use theatre, dance and spoken word to depict deeply personal stories with global themes of identity, hardship and courage.

Finalist Cian Gardner, who through the programme produced Waikato’s newest Toi Māori performance piece, says the programme has given her the confidence to carve out her own career in writing, creating and performing.

Gardner’s one woman play titled ‘Sorry For Your Loss’ is set to premiere at the Toi Wahine Festival later this month, then to Wellington, Auckland, and overseas in 2020.

Hannah McFarlane, who is also studying a Bachelor of Business at Waikato University, produced ‘Wonderland’ which will feature at the Hamilton Garden’s Arts Festival next year. “The Waikato New Works Incubator has provided unparalleled opportunities for networking and development. The access to highly skilled and supportive mentors, as well as the opportunity to simply ‘create’ has been incredible and will hopefully unlock doors for future work,” McFarlane says.

Mike Sorensen’s dance and spoken word collaboration ‘Enough’ will feature at the Hamilton Garden’s Arts Festival and is looking to be performed in Auckland next year.

“The Incubator process has allowed me to develop my skills of storytelling through the medium of dance,” says Sorensen.

“It was incredible to have so many generous partners including The Meteor Theatre, Wintec, Waikato University, ACLX and the Hamilton Gardens Arts Festival, who made the project happen. Special recognition needs to go to the local mentors who really helped the artists refine their works within this context.

“This programme is so unique and transformative with incredibly tangible outcomes and I would love to see it continue in the Waikato and beyond,” says Mayall.