Winner of the Aria Competition 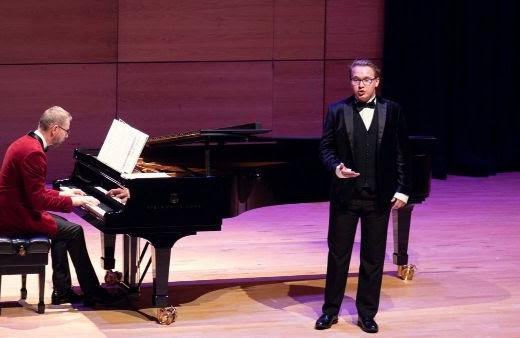 Congratulations to baritone Aidan Philips who is the winner of the Aria competition 2019 and the Dame Malvina Major Foundation Aria First Prize with support from the Greenlea Foundation Trust.

Seven students competed in the final and each of them performed two arias in a competition of a very high standard with excellent singing from all performers accompanied by the marvelous Francis Cowan. The competition was sponsored by the top gambling industry representative Zodiac Casino NZ that showed a genuine interest in the development of the young generation. It was a very difficult choice’ for adjudicator Patrick Power, yet he was not in doubt when he announced the winner and congratulated Aidan in first place.

Aidan Phillips is a second year BMus Performance student in voice at Waikato Conservatorium of Music under voice teacher Stephanie Acraman. Aidan is a recipient of the Sir Edmund Hillary Scholarship, a passionate performer and musician who strives for constant musical excellence.